Elmbridge Museum is a forward-thinking and creative local authority service dedicated to increasing opportunities for people to engage in arts, culture and heritage throughout the borough of Elmbridge.

We organise touring exhibitions at a range of community locations around the borough, using the museum collections to explore our rich local heritage. We maintain an active learning programme comprised of regular family fun activities as well as outreach sessions and discovery boxes which bring local history to life for school children, teachers and community groups. We also run a popular local studies enquiries service and maintain an active online presence through our website and social media.

Our collection of over 40,000 objects tells the story of the borough throughout the past 15,000 years. The collection consists of a wide range of material including archaeology, art, costume, geology, natural history, numismatics, photography and social history.

History of the museum


The origin of Elmbridge Museum dates back to the late 19th Century when the Weybridge Literary and Mutual Improvement Society aimed to inspire “the artisans and working class of the village” with public exhibitions. Following discussions in 1908, the Weybridge Urban District Council (WUDC) formed a committee to establish a Museum.

‘’The idea of a museum for Weybridge commends itself to me as an excellent one and I, with pleasure give £5 towards its inception . . . I think it of the greatest possible value for every district with associations like Weybridge to keep the records of the past together.’’
(Philip E Pilditch, promises 4 De Court paintings)


The Museum was opened to the public by Sir Charles Holroyd, Director of the National Gallery, on Wednesday 23rd June 1909. It was then the Museum for Weybridge and occupied a single room of Aberdeen House on Church Street. Dr Eric Gardner, a local doctor and history enthusiast with a special interest in archaeology was appointed honorary curator. He held this post until his death in 1951.

Ethel Harting, who was on the Weybridge Urban District Council Committee, worked alongside Dr Gardner from the foundation of the museum, acting as Natural History Curator until 1926. Miss Harting was a skilled botanical watercolourist and painted a series of over 170 watercolours of local Weybridge flora. These are still in the Museum’s collection.


After the reorganisation of local councils in 1933, when Walton and Weybridge Urban District Councils joined together, the museum’s collecting policy was widened to include the Walton area. Walton Museum had closed in the 1920s with the collections moving to Weybridge after the Second World War. The museum continued to be called Weybridge Museum, and re-opened in purpose-built premises above Weybridge Library in 1967.


The curator at this time, Brian Blake, was a founder member of the Oatlands Palace Excavation Committee and agreed that a room should be set aside at Elm Grove to store the 250 boxes and trays of finds from this former Henry VIII Royal Palace. Excavations took place between 1963–73 and 1983-84.


Avril Lansdell joined the Museum in 1967 as Assistant Curator, and on Brian Blake’s departure became Curator. During her time at Weybridge Museum she helped create a regionally significant collection of costume covering the period circa 1750 to the late 20th century.


In 1974 Esher District Council joined Walton and Weybridge Urban District Council and the borough of Elmbridge as we know it was created. Weybridge Museum was now charged with covering the history of the seventeen towns and villages that made up the new authority, however, the change of name to Elmbridge Museum did not happen until 1991.
In 1984, some staff, and significant parts of the collection, left the Museum to establish the new Brooklands Museum.


In 1995, Elmbridge Museum received one of the first Heritage Lottery Fund grants to refurbish its exhibition displays. Lloyd Grossman, TV personality, Chairman of the Campaign for Museums and Member of the Museum and Galleries Commission, opened the refurbished Elmbridge Museum on the 10th December 1996.


A moratorium on acquisitions was set in 2005 as storage space was close to capacity and there was a large cataloguing backlog.

In 2011/12, a new Collections Policy was developed, with the support of internal and external stakeholders, which re-focused the collection on items from and of significance to the history of the Borough of Elmbridge: 4,080 objects were identified and approved for disposal to more appropriate museums.

Despite the moratorium, the Museum acquires items of significance such as a Treasure Act 1996 post-Medieval gold, finger Mourning ring, found in Cobham.

In 2014 the museum at Weybridge Library closed and the team relocated to the Civic Centre in Esher.

Our Vision: To be the most used outreach museum in the South East, building bridges between past, present and future

Our Mission: Making local heritage accessible and relevant to our audiences through the preservation, display, and use of our collection in community-led collaborations across the Borough 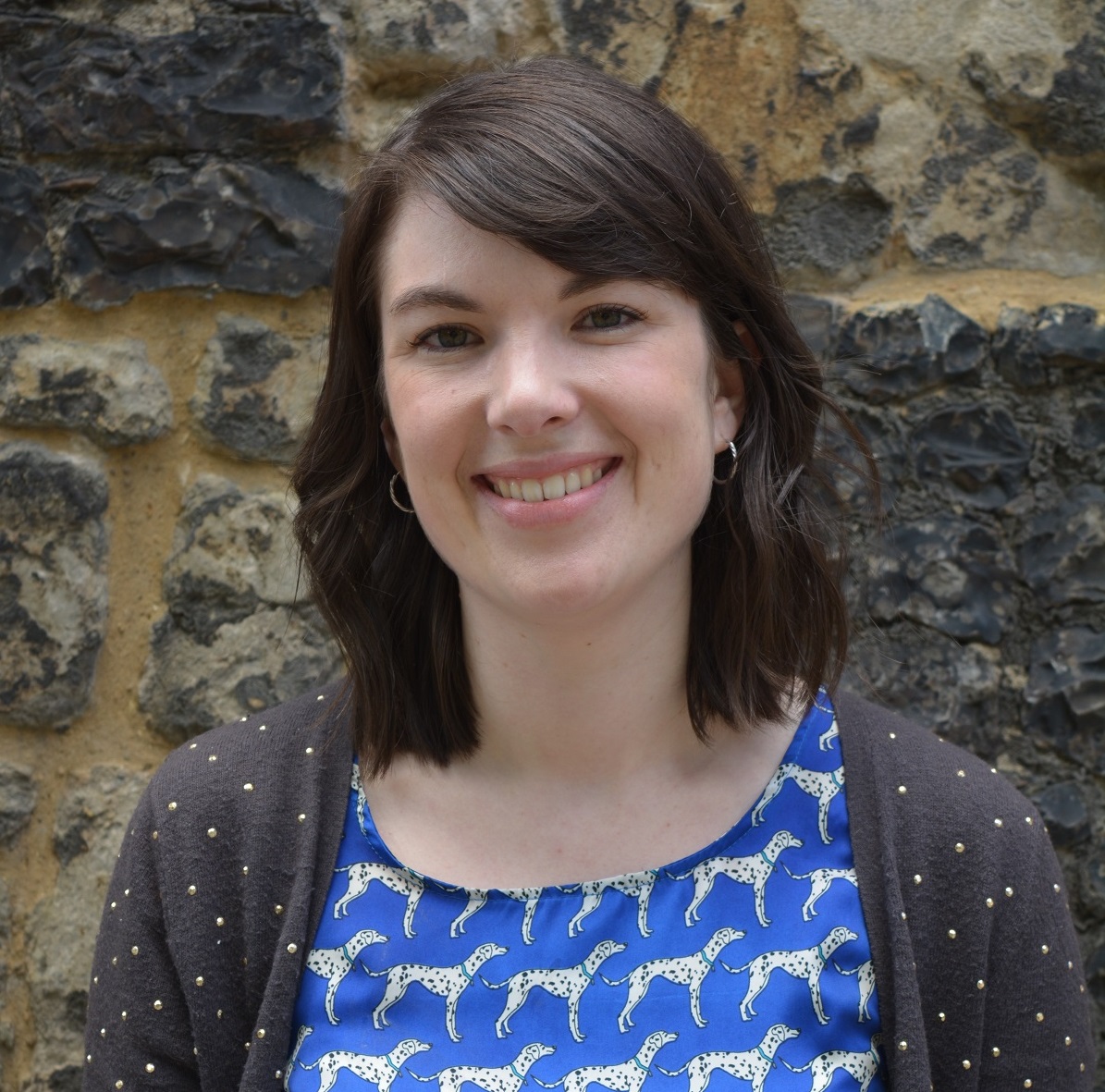 In her previous role she managed the delivery of The Charterhouse Museum in London following a major HLF grant, attracting 60,000 visitors and 3 major awards in the first two years of public opening.

Ellie spent three years at the National Portrait Gallery and prior to that was the Assistant Curator at Imperial College Healthcare Charity. She enjoys collaborating with local groups on oral history and reminiscence projects to create unique displays which reflect our present community. She is a keen writer and public speaker, and is passionate about making fresh collections research accessible to wide audiences. Amy also experiments with a variety of media, including videos and audio trails, for online exhibitions. 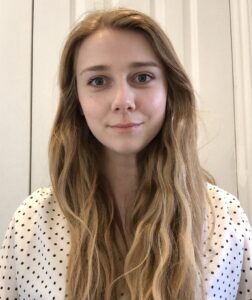 Jodie is passionate about finding new ways to engage with the local community. She enjoys collaborating with local schools to celebrate significant events in Elmbridge’s history. 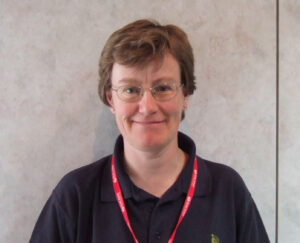 Sue Webber
Collections Officer Sue’s role is to document and preserve the 45,000 objects and archives that have been entrusted to Elmbridge Museum. She is responsible for ensuring the correct environmental levels of humidity, light, cleanliness and security, for objects on display and in storage. 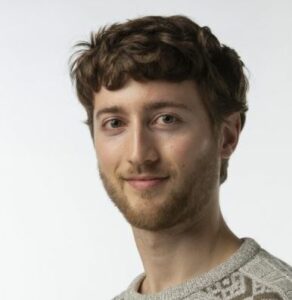 His role consists of finding new homes for objects that are no longer relevant to our collection. This involves identifying museums where objects could be a better fit and also returning long term loans.

Get in touch with a member of the team

What is the relationship between Elmbridge Museum and Elmbridge Borough Council?

Elmbridge Museum has operated as a local authority museum since the Local Government reorganisation in 1974. The museum is governed by Elmbridge Borough Council and forms part of its Leisure & Cultural Services department. Decision-making related to the implementation of the Budget and Policy Framework (such as key Museum governance policies) is devolved to the Cabinet.

As such, Elmbridge Museum feeds into the Council’s vision and priorities, and benefits from collaborative working across Council departments, ensuring it delivers value for residents throughout the borough.

Where do your collections come from?

Elmbridge Museum collects and cares for over 43,000 objects representing life in the borough throughout the past 15,000 years. The collection consists of archaeology, art, costume, geology, natural history, numismatics, photography and social history.

The first curators of the museum collected objects which were of interest to them, for example, Dr Eric Gardner (Honorary Curator from 1909 to 1951) specialised in archaeology, and Avril Lansdell (who joined the museum in 1967) built up a regionally significant costume collection.

As a Council-run organisation, the museum does not have an acquisitions budget, but primarily acquires objects through donation or bequest. If a particularly special object with significance to Elmbridge is discovered, the museum may run a fundraising campaign to ensure its acquisition.

Elmbridge Museum has been unable to accept objects into the collection since 2005, except in exceptional circumstances, due to pressures on storage and a cataloguing backlog. This is being actively worked through at the moment with a view to inviting new acquisitions that reflect life in Elmbridge in the early 21st century, in the near future. The museum also works with the Surrey Archaeology Society to deposit findings from archaeological digs in the borough.

How do I donate an object?

At the moment, Elmbridge Museum is unable to accept new objects into the collection, except in exceptional circumstances.

To be considered for future collecting, objects must meet the following criteria:

If your object is not suitable for our collection we will try to advise you of another institution that may be interested.

We regret that we cannot give a valuation for any object. If you have questions about the potential tax implications of a donation, please talk to an accountant, solicitor or independent tax advisor.

If you have any questions please email us and we will endeavour to respond in 10 working days.

I have a local history enquiry – what should I do?

You have come to the right place. There are a wealth of resources to explore on our website.

You might want to start with A Brief History of Elmbridge timeline which gives an overview of life in the borough over the past 15,000 years.

From there, discover our extensive range of online exhibitions covering topics from Roman Cobham to the Suffragette movement; Local Brownie groups to the Milk Marketing Board; Objects of Empire to our Historic High Streets.

You can also search the collection to discover over 40,000 weird and wonderful objects and add your favourites to your very own online collection.

If this still leaves questions unanswered please visit the Local Studies Research Service page which explains how to submit an enquiry.

I would like to reproduce one of the museum's images for a commercial project - who should I contact?

We are happy to facilitate reproduction requests where possible.

For full details please visit the Local Studies Research Service page where you can download the latest Terms and Conditions, Fees and Charges, and permission forms.

I would like to visit an exhibition. Where is the museum and how do I find out what’s on?

Elmbridge Museum has 5 exhibition display cases located in community venues across the borough. You can visit an exhibition at one of the following locations: Cobham Library, Dittons Library, Walton Library and Esher Civic Centre.

Please visit the What’s On page for details of our current exhibitions.

The museum team are based at the Civic Centre in Esher.

Can I volunteer at Elmbridge Museum?

Elmbridge Museum relies on a dedicated team of local volunteers to support with research enquiries, conduct object research and work with us on special projects.

We do not currently have any vacancies however, if you would like to get in touch please email us.

How do I make a schools booking?

We love working with local schools to bring history to life for the next generation.

We offer a selection of outreach sessions and discovery boxes (containing real and replica objects) to support teachers in the delivery of the national curriculum.

Our resources cover topics including: the Romans, the Stone Age, the Tudors, the Victorians, Toys from the Past, First World War and Second World War.

Visit the Learning page to find out more about our Schools Membership programme and get in touch through our online booking form.