October is Black History Month, and there are plenty of opportunities to discover stories of historic black lives right here in Elmbridge.

Elmbridge Museum’s Exhibitions & Interpretation Officer has put together a list of four of the most notable black historic residents, which provide a great starting point for anyone learning about the black history of our borough.

Discover each of these remarkable stories, along with some extra resources to learn more about their lives, below.

Many of these personal tales also reveal connections to the colonialism, repression and exploitation practiced by Britain across its former empire – an aspect of our local history which is often forgotten. 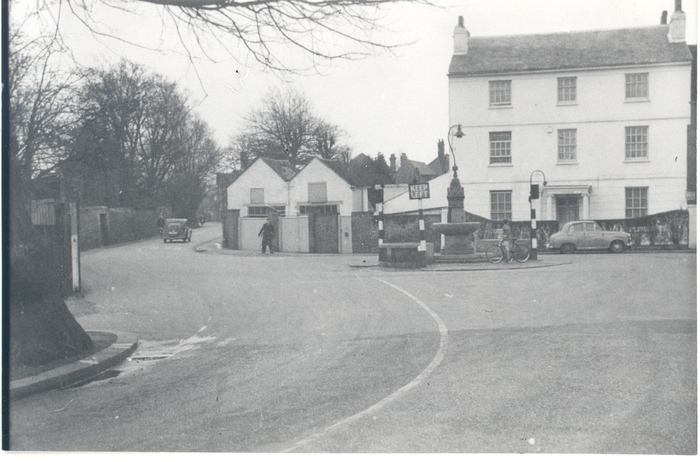 Cesar was born in Senegal in 1755. He was enslaved by the time he was just six years old and bought as a present for Sir John Philipps, who lived at Norbiton Place near Kingston. Although he was not treated the same as enslaved people sent to work in Britain’s American colonies, Cesar was not free – being forced to work as a pageboy. It was sadly a practice which was common at this time among the British upper classes, due to the unclear laws on the status of enslaved people brought into the country. On the death of the Lord and Lady, Cesar used the legacy of £100 left to him to become a successful coal merchant in Kingston, eventually settling in this house in Thames Ditton, and dying there in 1836.

There is now a blue plaque on Picton House commemorating his achievements.

Discover more about Cesar’s remarkable life on Exploring Surrey’s Past, as well as two fascinating short videos about Cesar’s experiences from the University of Kingston’s History Department. If you’re interested in discovering the primary sources on Cesar for yourself, head over to the National Archives’ online catalogue.

In 1783, Charlotte first appears on records in Thames Ditton.

She had arrived in Britain in 1781 aged just 15, brought to Britain from enslavement in America by Captain Howe as the American Revolution raged. Charlotte acted as an unfree and unpaid servant for the Howes, continuing to serve Mrs Howe for no wage after the Captain’s death in June 1783. Charlotte was even baptised at the church of St Nicholas that December, and adopted the family’s surname. After a short move to Mayfair, Charlotte made the bold decision to leave the household of Mrs Howe. She appears again in the records at Thames Ditton, where it is clear that she was faced with incredibly difficult circumstances. As an unmarried woman with no savings and no income, Charlotte was living in poverty, and was forced to apply for parish poor relief.

Tragically, the court of the King’s Bench came to the shocking decision in 1785 that Charlotte could not claim relief from the parish, since she had earned no salary with the Howes, so could not prove that she had worked in Thames Ditton for more than forty days.

To learn more about Charlotte’s life in Elmbridge and what her landmark court case meant for enslaved black people in Britain, visit Exploring Surrey’s Past. You can also discover primary sources associated with Charlotte Howe’s life and baptism in Thames Ditton in Surrey History Centre’s online collection catalogue.

Not much is known about Peter’s life due to his limited appearance in primary source records, but we do know that he was a servant to the prominent Frederick family, who lived at Burwood Park in Walton. Parish records show that Sir John Frederick had “Peter, an adult black” baptised on the 25th of July 1742, in Walton. It is likely that Peter was brought to Britain through the trans-Atlantic slave trade, since John Frederick had strong connections to this trade through his father in law, Roger Hudson, the director of the South Sea Company.

Peter’s household roles and working conditions may have been very similar to those of Cesar Picton and Charlotte Howe in Thames Ditton later on in the 18th Century.

The image on the right is a painting from Ham House depicting a black pageboy. The boy has a parrot on his lap and is dressed in an ‘exotic’ fashion, intended to show off the family’s wealth and their foreign ‘possessions’. This painting helps us to understand the roles that Cesar Picton and Peter may have played on their arrival in England.

You can find a useful list of further resources and context about the legal battle to stop slavery in Britain on the National Archives’ website, and investigate records about the Fredericks’ and Peter’s life at Burwood Park in Surrey History Centre’s online catalogue.

This couple’s story comes from just outside Elmbridge, in Ockham, but the two still have strong connections to Elmbridge thanks to their proximity to the borough, and through their links to Ada Lovelace of Esher.

In 1851, Ellen and William Craft arrived in Ockham all the way from Georgia in America. They had escaped slavery through the ‘Underground Railroad’, and their journey had brought them across the Atlantic to Liverpool in 1850. From there, they travelled south to Ockham in Surrey, and were offered refuge at Ockham Park by Lord Lovelace and Ada Lovelace, who lived there for a short period before moving to Esher. In Ockham, the Crafts received an education at Ockham School and eventually both became teachers there, with William teaching carpentry and Ellen teaching sewing. Their first child, Charles, was born in Ockham and baptised at the parish church there along with two of his later siblings.

The Crafts travelled around Britain in their campaign against slavery, and returned to America in 1868, three years after it had abolished the practice for good. There, they set up a school similar to the Ockham School where they had gained their education and taught for years.

Discover more about William and Ellen’s lives before their arrival in Ockham in the Smithsonian Magazine’s fascinating article. You can also read the remarkable story of how they managed to escape to Britain here.

Find out more about our borough's links to the British Empire