Small leather-bound volume of the Apocrypha; tooled design on outer covers, and “APOCRYPHA” in gilt letters on the spine. On inner page there is a hand-written message in black ink: “Fanny Butler from her affectionate friend M. Banisters Nov. 1st 1841.”

Fanny Kemble was a stage actress, novelist, diarist, abolitionist and social reformer. After her education in France she returned to the family home, staying at Eastlands, Weybridge.

During a tour of America, starting in 1832, Kemble met Pierce Butler, a slave-owner who was – at the time – one of the richest men in the United States. The pair married in 1834. After viewing the conditions that Butler kept his slaves in, Kemble and Butler had repeated arguments; she kept a diary of her experiences on the plantations throughout 1838-1839. The couple divorced in 1849 after a messy separation and ensuing court battle.

It was during this time that Kemble received the Apocrypha from her friends, the Banisters, whom she often stayed with while in the United States. Dating from November 1841, it would have been in Kemble’s possession throughout her disagreements with her husband over slavery.

The Apocrypha is a book of religious texts that are not included in the standard bible, usually because they would cause internal contradictions.

The word ‘apocrypha’ translates from Latin to the adjective “secret” and from a Greek verb “to hide away”. This is exactly what Kemble did with her own journal. Kemble’s journal remained unpublished until the American Civil War (and until her children were aged 21) and was not released until 1863. Kemble delayed publication in the hope that her journal would help crystallise political movements against the southern Confederate states. 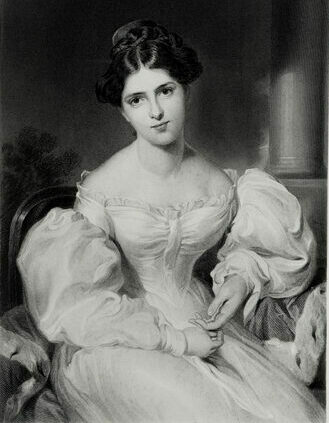 Learn more about the remarkable women of Elmbridge