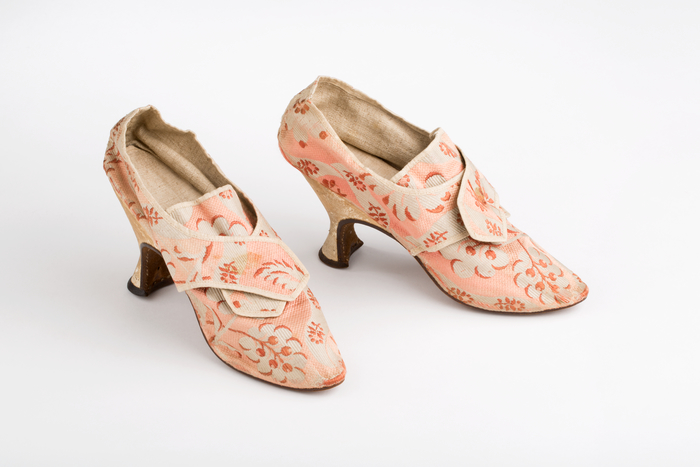 Madame de Pompadour, the French King Louis XV’s official mistress, was known for being curvaceous and alluring, as well as fashion forward. The ‘Pompadour’ style of shoe has a heel that bends sensuously under the wearer, making the footwear unsupportive and difficult to walk in. The high heel under the instep made the foot look small, which was seen to be desirable.

This pair of pink and white brocade Pompadour shoes date from around 1760. The elaborate pattern may have matched a woman’s dress and the two flaps which cross over the tongue would have been held together by a buckle. Fashions changed and from 1790, buckles lost popularity and shoe flaps were tied with ribbons instead.